Get the Better of Groupthink

Welcome to the Topic “Get the Better of Groupthink”

Have you ever considered speaking out at a meeting but opted against it because you didn’t want to look unsupportive of the group’s efforts?

Or have you ever led a team where the members were hesitant to speak their own opinions?

If so, you’ve most likely been a victim of “Groupthink.”

Groupthink is a psychological phenomenon in which individuals seek group agreement. In many circumstances, individuals will lay aside their own opinions in favor of the group’s consensus.

How does Groupthink influence decision-making in an organization?

Groupthink, or the inclination of groups to make choices that protect the status quo rather than considering alternate solutions, may be harmful to teams and organizations. It can hinder creativity and make people feel compelled to comply.

Because Groupthink sometimes forces dissidents to toe the line to adhere to popular opinion, critical features of a situation are frequently left unexamined, sometimes with devastating repercussions. 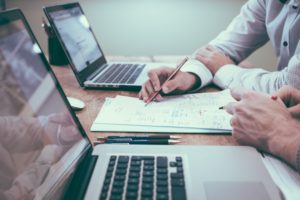 How to Recognize Groupthink

This is the stage at which team members persuade themselves that, despite conflicting facts, the option or alternative being provided is the best one.

When a team member expresses an alternative view or questions the reasoning behind a proposal, the remaining team works together to pressure or punish that individual into conformity.

Each member of the group considers himself or herself to be moral. As a result, the combination of moral brains is unlikely to make a bad or immoral judgment when morality is utilized as a decision-making foundation, the temptation to comply increases since no one wants to be viewed as immoral.

As the group’s views grow more consistent, people tend to consider outsiders as having a separate and inferior set of principles and qualities to themselves. These perceived unfavorable traits are then exploited to discredit the adversary.

The Negative Effects of Groupthink

In essence, Groupthink prioritizes harmony and coherence above correct analysis and critical thinking of individual members. It creates a group in which individual members cannot voice their own opinions and concerns and must blindly obey the leader’s word.

As a consequence, the following are the results of Groupthink:

The difficulty for every team or group leader is to foster an atmosphere in which Groupthink is unlikely to occur. It is also critical to realize the hazards of Groupthink – if the stakes are high, you must make a real effort to ensure that you make sound judgments.

To prevent Groupthink, it is critical to have a procedure to test the basic assumptions behind significant judgments, validate the decision-making process, and assess the associated risks.

The value of dissident opinions in groups and organizations

Dissent is an essential component of group communication because it protects against Groupthink and serves as a pillar of functional decision-making. Previous studies have demonstrated that dissent offers many advantages, including enhanced creativity and problem-solving.

Have any questions regarding the topic “Get the Better of Groupthink?” Feel Free to comment down below.

Also Read: How Teams Can Better Collaborate in a Virtual Environment?